You are here: Home1 / our family2 / Jason Pearson 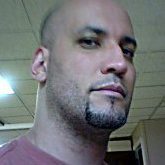 Jason Pearson is an American comic book writer/artist, known for his work on books such as Legion of Super-Heroes, The Dragon: Blood & Guts, Global Frequency, and his own creator-owned series, Body Bags.

Pearson is also one of the original members of the Atlanta, Georgia-based Gaijin Studios.

Pearson debuted in comics with a back-up story in Legion of Super-Heroes #22 in 1991.