You are here: Home1 / our family2 / Jay Leisten 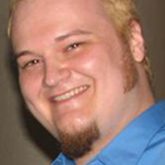 Jay Leisten started his career in Comics as an intern at Top Cow. After 2 years in L.A. working on titles like, Tombraider, Witchblade, Darkness & Inferno, he re-located to Florida to work at Crossgen with long time friend Greg Land on Sojourn. Whne Crossgen closed its doors he began working for marvel & Dc on covers for several titles. Within a few months he was working on titles like Thor, Legion, Black Panther. In the past few years He has been working on a 2 year run with Greg Land on Uncanny X-men, Moon Knight with Jerome Opena, Nightwing with Don Kramer, Outsiders with Fernando Pasarin, Captain Britain & Dark Xmen with Leonard Kirk, as well as several other Marvel projects. Currently Jay is working on X-men Legacy, Uncanny X-men & a creator owned project.