You are here: Home1 / our family2 / Robert Atkins 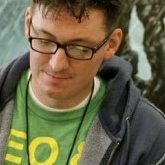 Robert Atkins has worked as a penciler, and inker within the comic industry. His most recent work includes the penciling chores on IDW’s Snake Eyes and relaunch for GI JOE! Robert has also worked on Amazing Spider-man, Venom, Heroes for Hire, Ultimate Fantastic Four and X-Men: Forever for Marvel comics. Robert’s other works include The Savage Tales for Dark Horse Comics, Legion of Superheroes for DC comics, along with Snake Eyes: Declassified and Forgotten Realms for DDP.

He is co-creating a series titled Elders of the RuneStone with writer Quinn Johnson (KungFu Panda, TMNT). Which is scheduled for release soon!

You can check out his daily sketch blog at
www.robertatkinsart.blogspot.com