You are here: Home1 / our family2 / Oliver Nome 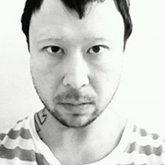 Oliver Nome is from Austin, Texas and currently resides and works in San Diego, CA.

He started his career in 2006, winning a talent search and interning at Jim Lee’s Wildstorm studios. He became a full-time staff artist after his internship and spent four years as a fulltime concept artist on DC Comics Online MMO produced by Sony Online Entertainment.

He has also worked on such titles as ‘The New Dynamix’, ‘FreeRealms’, ‘Prototype’, ‘Kid Flash’, ‘Iris’ and ‘Superman/Batman’. He is planning on furthering his career drawing comics full-time when his day job at Wildstorm ends.